In Memory of Professor RUAN Xueyu 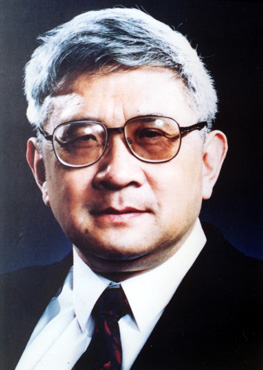 RUAN Xueyu (1933.1-2019.2) is a pioneer of cold extrusion technology in China, a well-known expert of plastic forming and digital manufacturing technology, academician of the Chinese Academy of Engineering, member of the 10th Central Committee of the Jiu-San Society and professor of Shanghai Jiao Tong University. Professor Ruan is the founder of the Department of Plasticity Technology of Shanghai Jiao Tong University (currently the Institute of Forming Technology and Equipment), National Engineering Research Center of Die & Mold CAD, and Shanghai Research Institute of Tool & Die Technology.

Professor Ruan is the first people in the world to establish the theory of allowable deformation degree for cold extrusion and the first people in China to develop cold extrusion technology of ferrous metals. Professor Ruan contributed greatly to the development of precision forging theory and technology in China. He authored 4 monographs including "Cold Extrusion Technology", and won 9 awards from national and provincial governments. He pioneered the research, development and application of CAD/CAE/CAM and artificial intelligence technology in the field of plastic processing and mold technology, and leaded to complete more than 400 scientific research projects. Under his leadership, the technical services of his team covered more than 20 provinces in China and extended to many countries and regions. Professor Ruan with his team established more than 30 joint research laboratories and joint research centers with world-renowned enterprises and institutions from the United States, Japan, Singapore, Germany, Switzerland ,etc. These extensive and long-term cooperation brought significant influence to the world.

As a grandmaster in the field of plastic processing, Professor RUAN Xueyu has supervised more than 100 doctoral students, 8 postdoctoral research fellows, and published more than 200 academic papers. He has made outstanding contributions to the advancement of plastic forming and digital manufacturing technology and talent cultivation in China.